For this calendar, Pen Store asked 12 talented illustrators to create an illustration inspired by a specific month of the year. The illustrators were selected from a network of 1400 illustrators represented by Illustratörcentrum – The Center for Illustration and Graphic Design.

Illustratörcentrum has the largest network of visual communicators in Sweden. Through their network you can find and get in contact with illustrators, graphic designers, comic artists and animators. 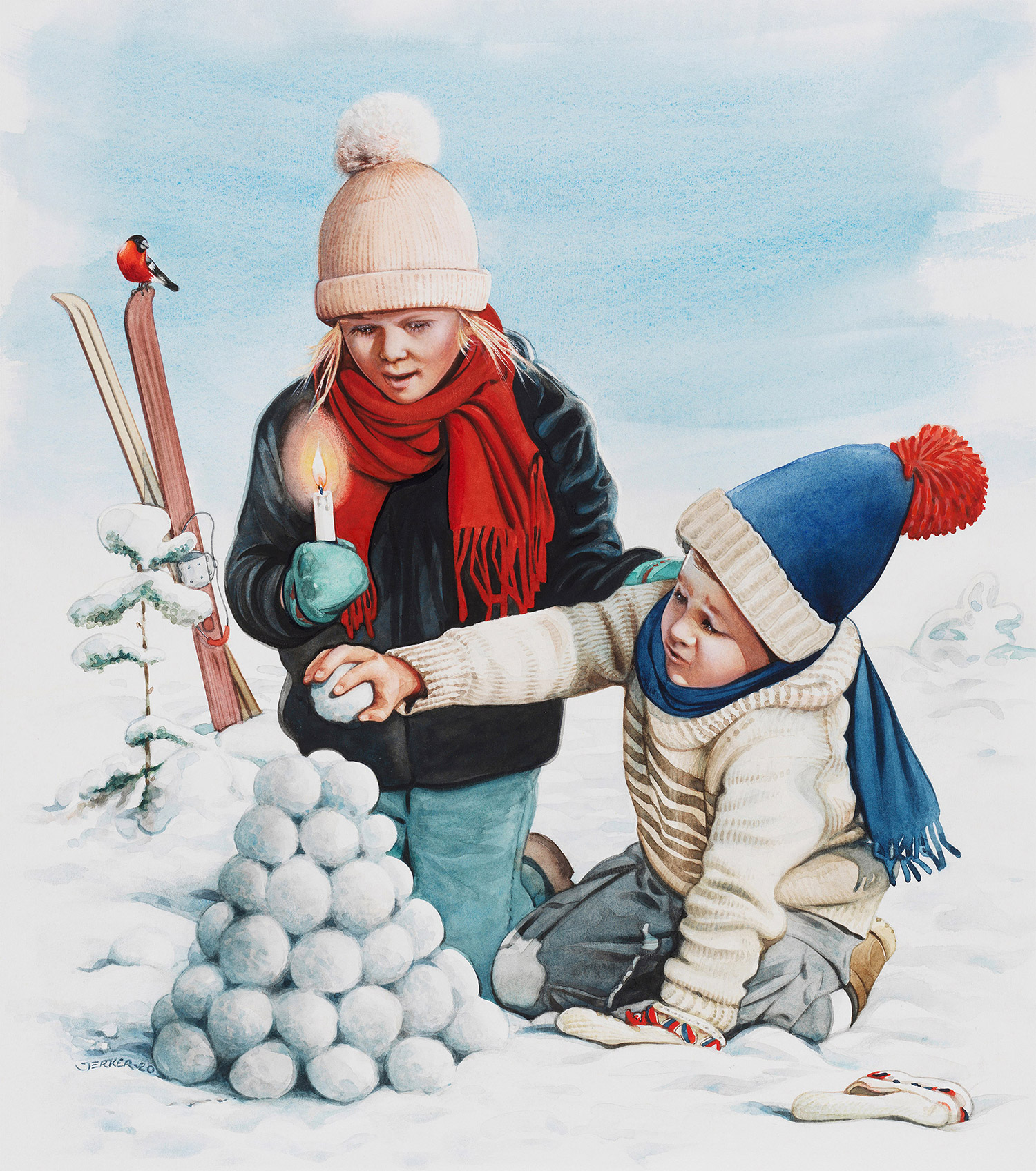 – I took off during the early seventies fueled by Schoellershammer’s and Winsor & Newton’s finest and don’t plan touchdown anytime soon. Come fly with me! 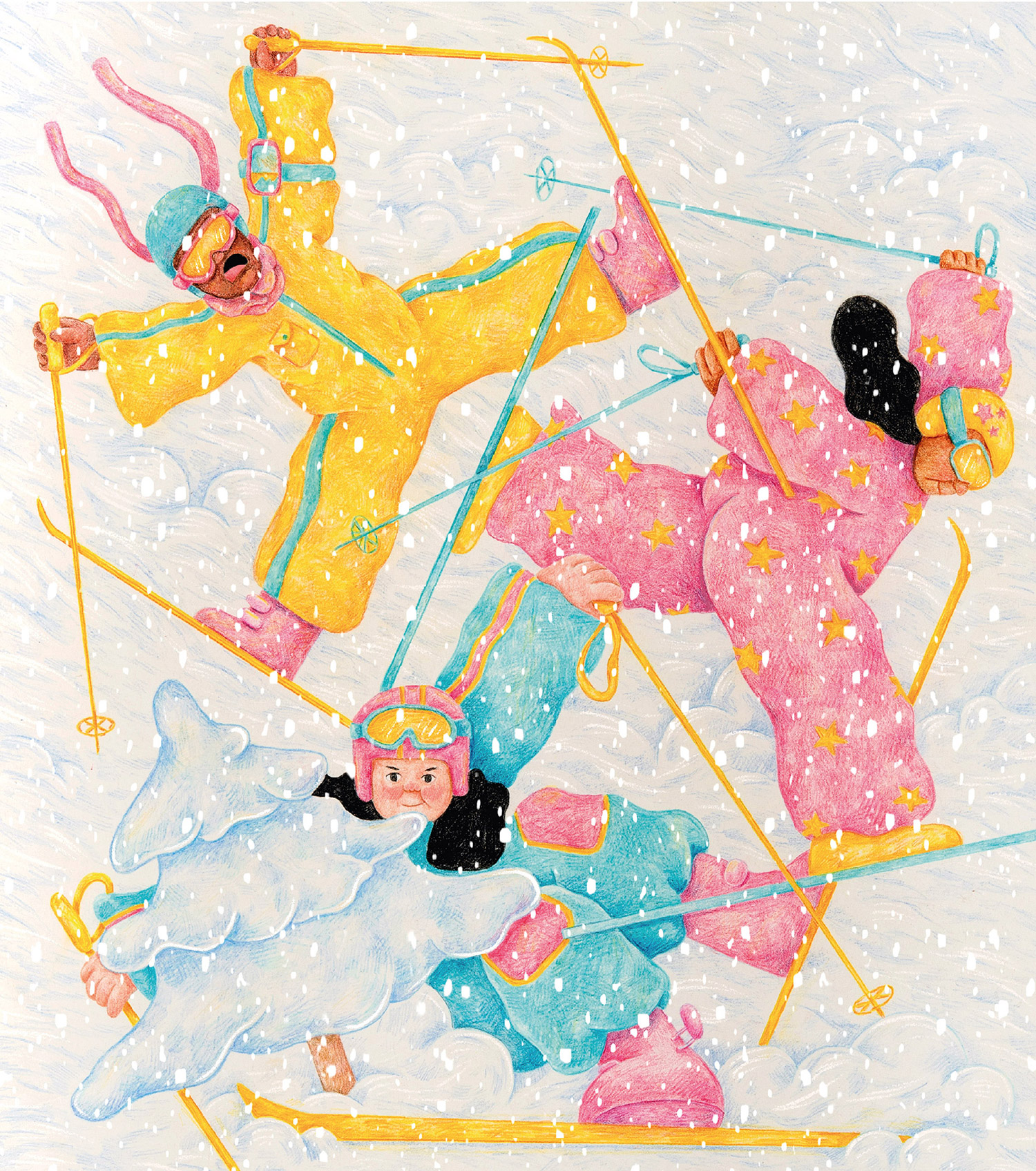 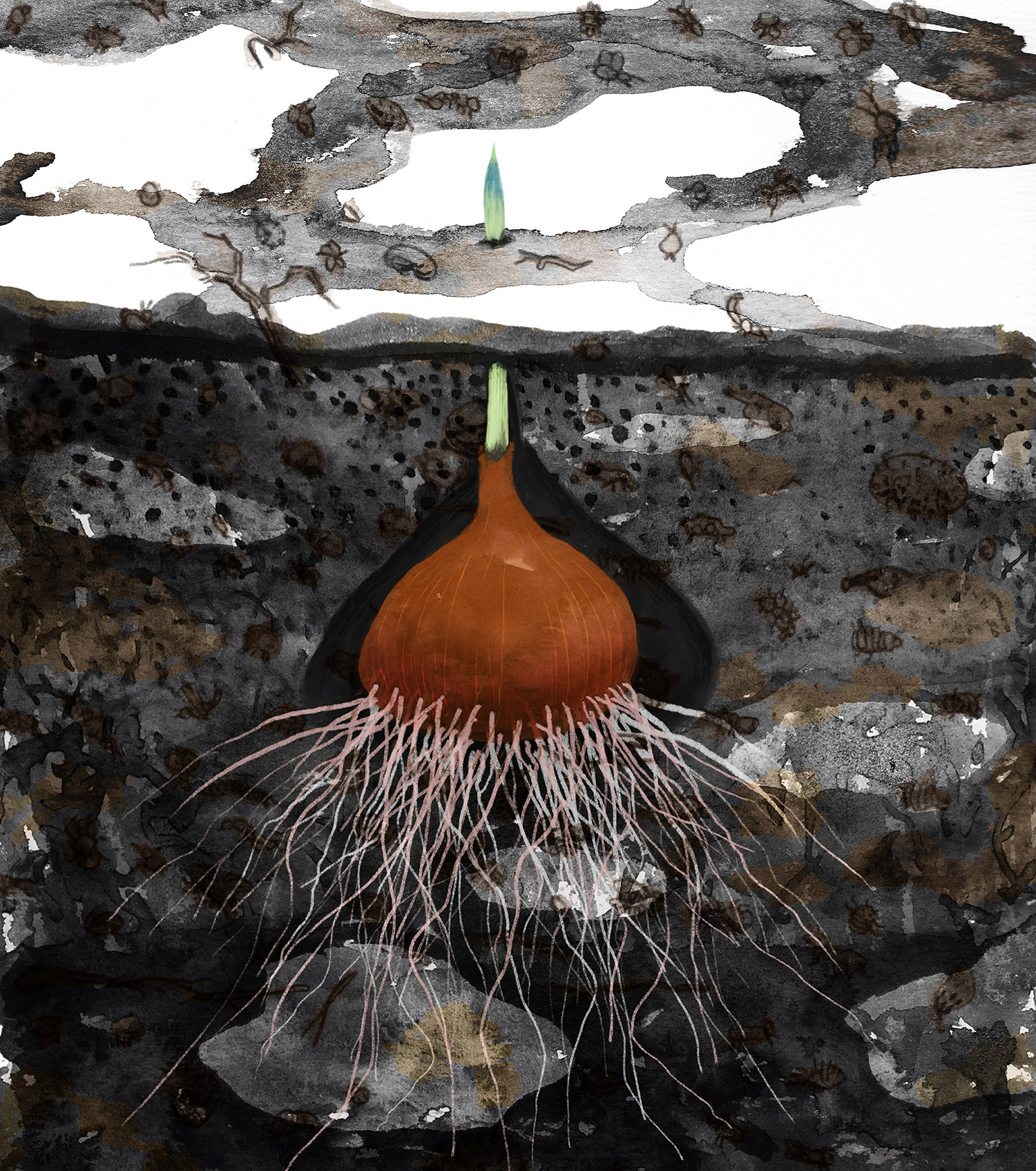 March
Ben Baker
– I am an illustrator and animator with a fine art background who enjoys storytelling with visually rich and characterful work. In my illustration for March I wanted to suggest decay and regeneration through many layers of texture and detail. 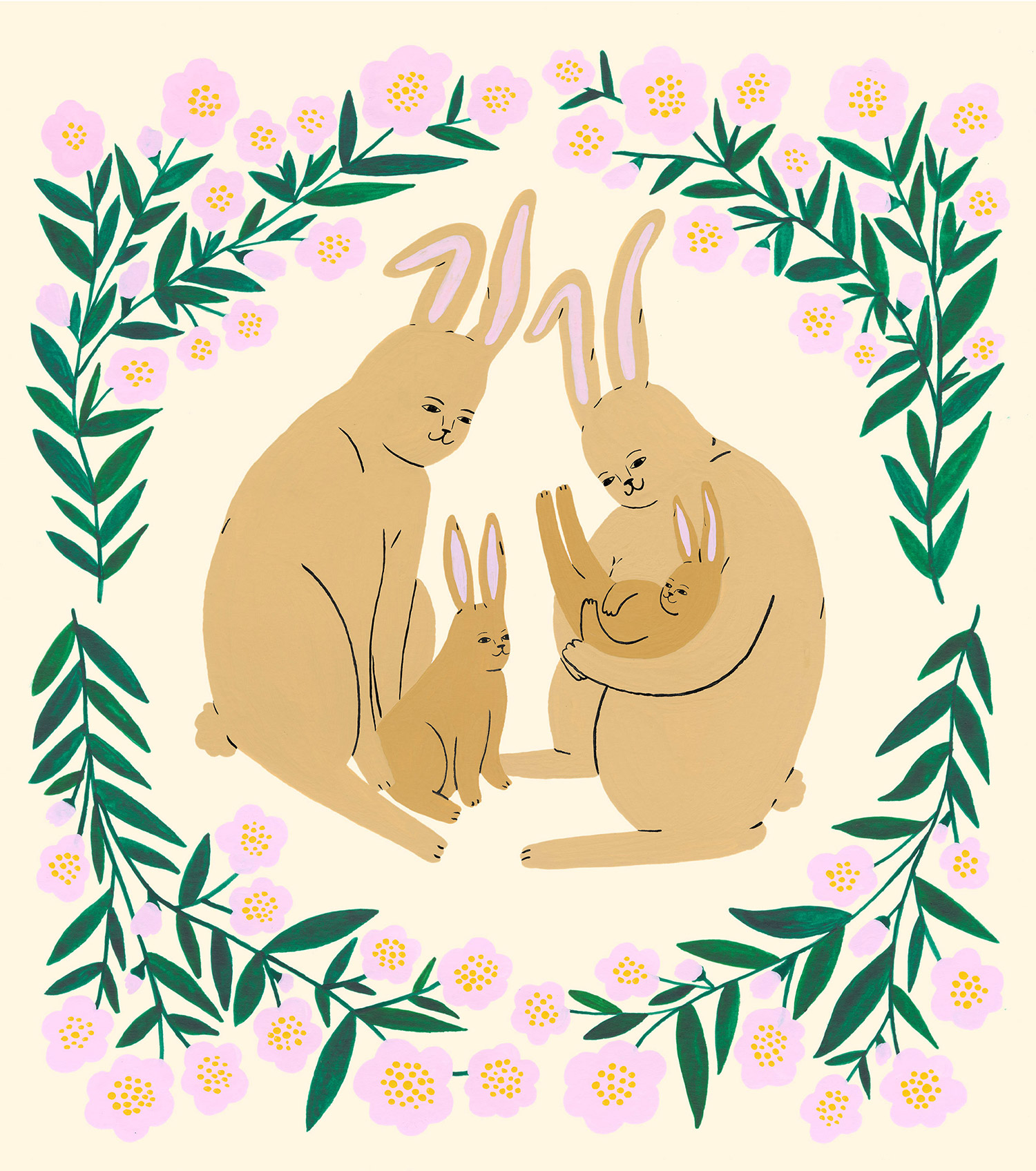 April
Ida Sundin Asp
– In my april illustration, I wanted to capture the budding joy that arises in the spring. Buds turn into flowers, baby animals are born and everything feels a little brighter and lighter. 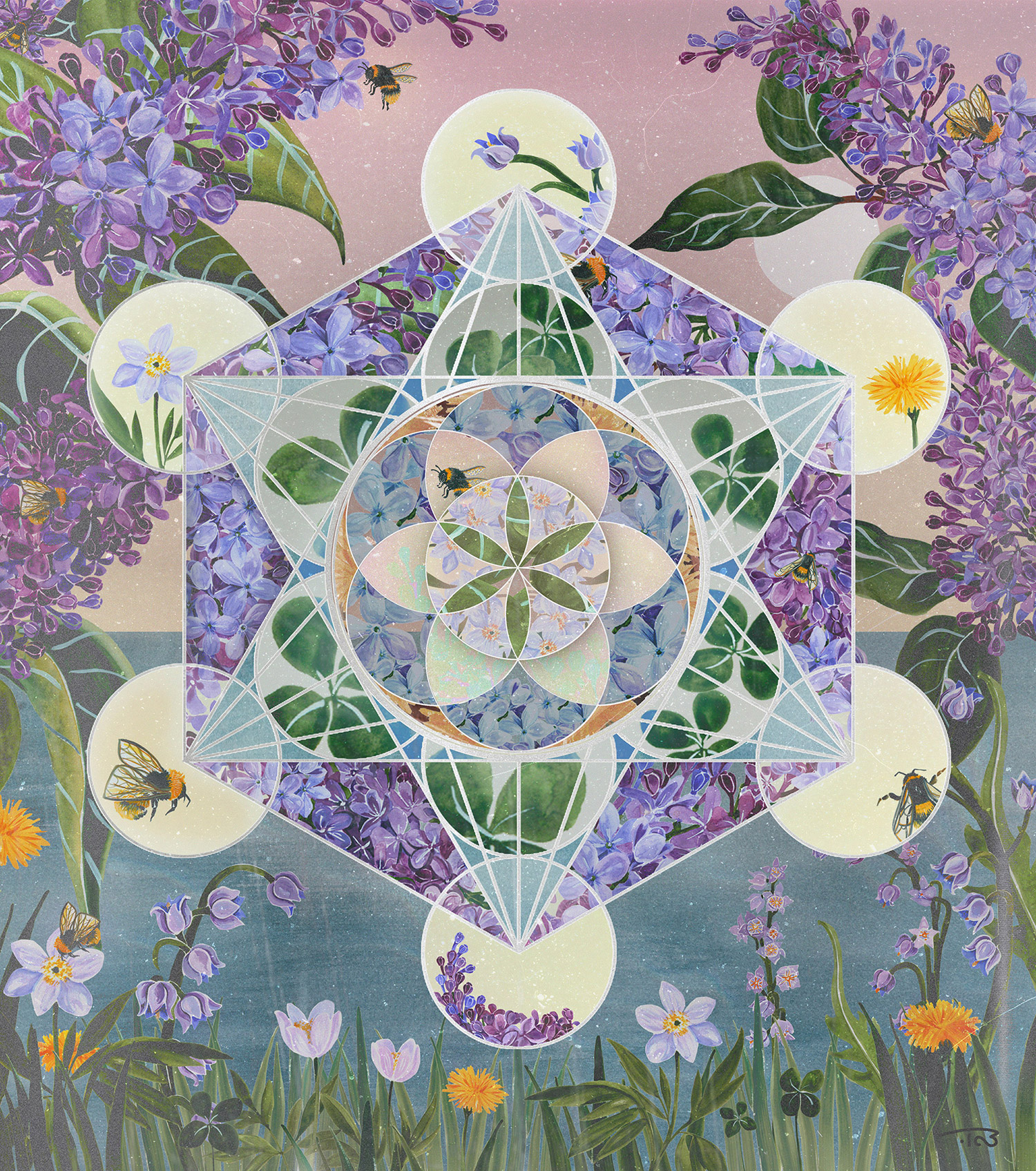 May
Ishtar Bäcklund Dakhil
– I'm a multidisciplinary artist & illustrator based in Stockholm, Sweden. My piece for the month of May is a celebration to the start of summer & my birthday, which usually is initiated by the first blooming of lilac & lily of the valley. The patterns in this piece illustrate how the energy of creation organizes itself and unify all things in a natural & perfect way. 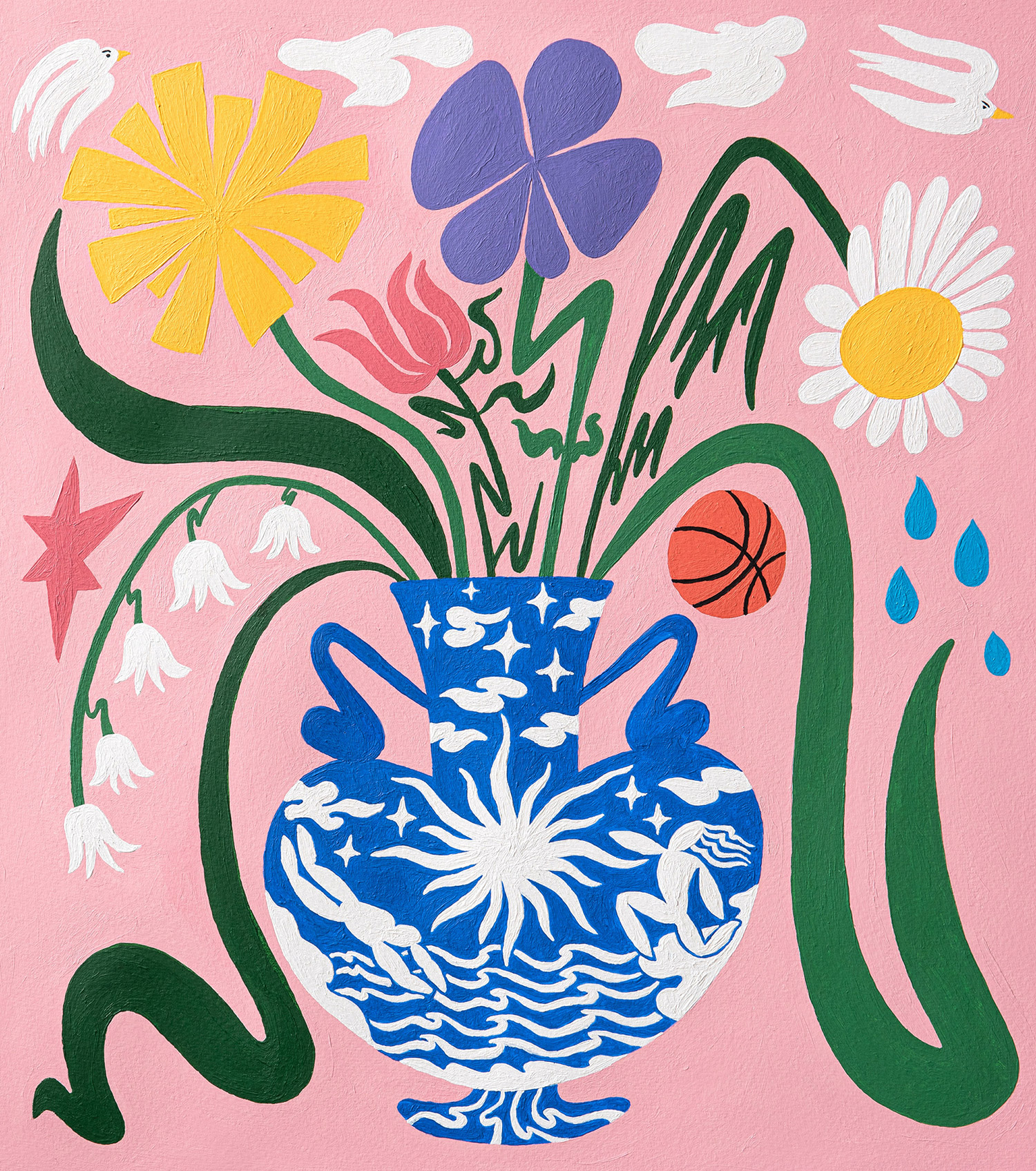 June
Manne Jalilian
– I’m an artist, illustrator and designer from Stockholm. I would like to describe my art as playful, colorful and decorative with attention to detail. My piece for June is acrylic on paper. In my artwork, I have chosen to work with some of my favorite flowers that appear in June. I also wanted to capture the feeling and use the elements that I associate with the month. 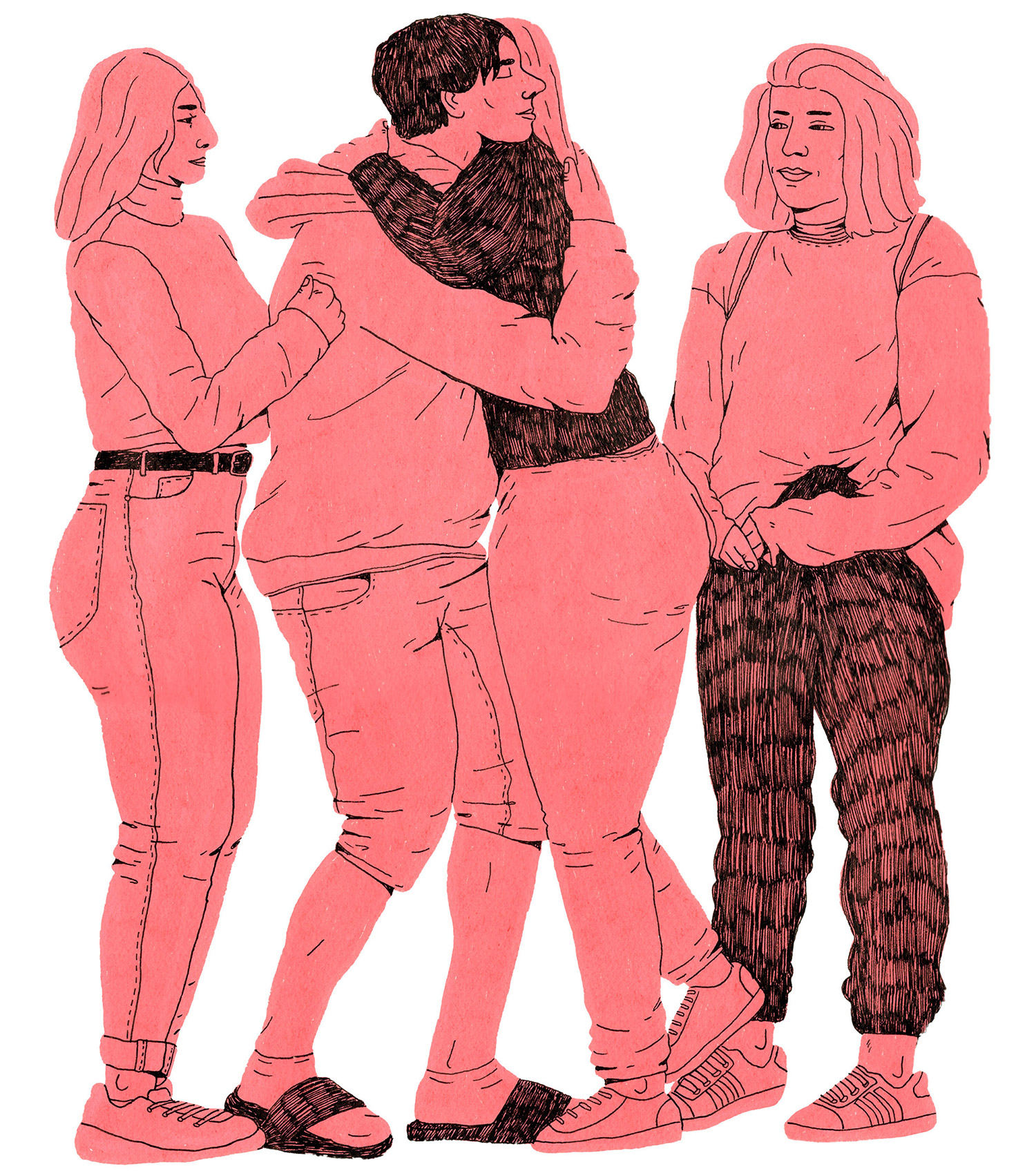 July
Johan Lindström
– This drawing is done in my sketchbook where I usually portray moments I have witnessed or experienced myself, mainly focusing on people. I remember seeing this scene and thinking it was heartwarming to see these teenagers take turns hugging each other. 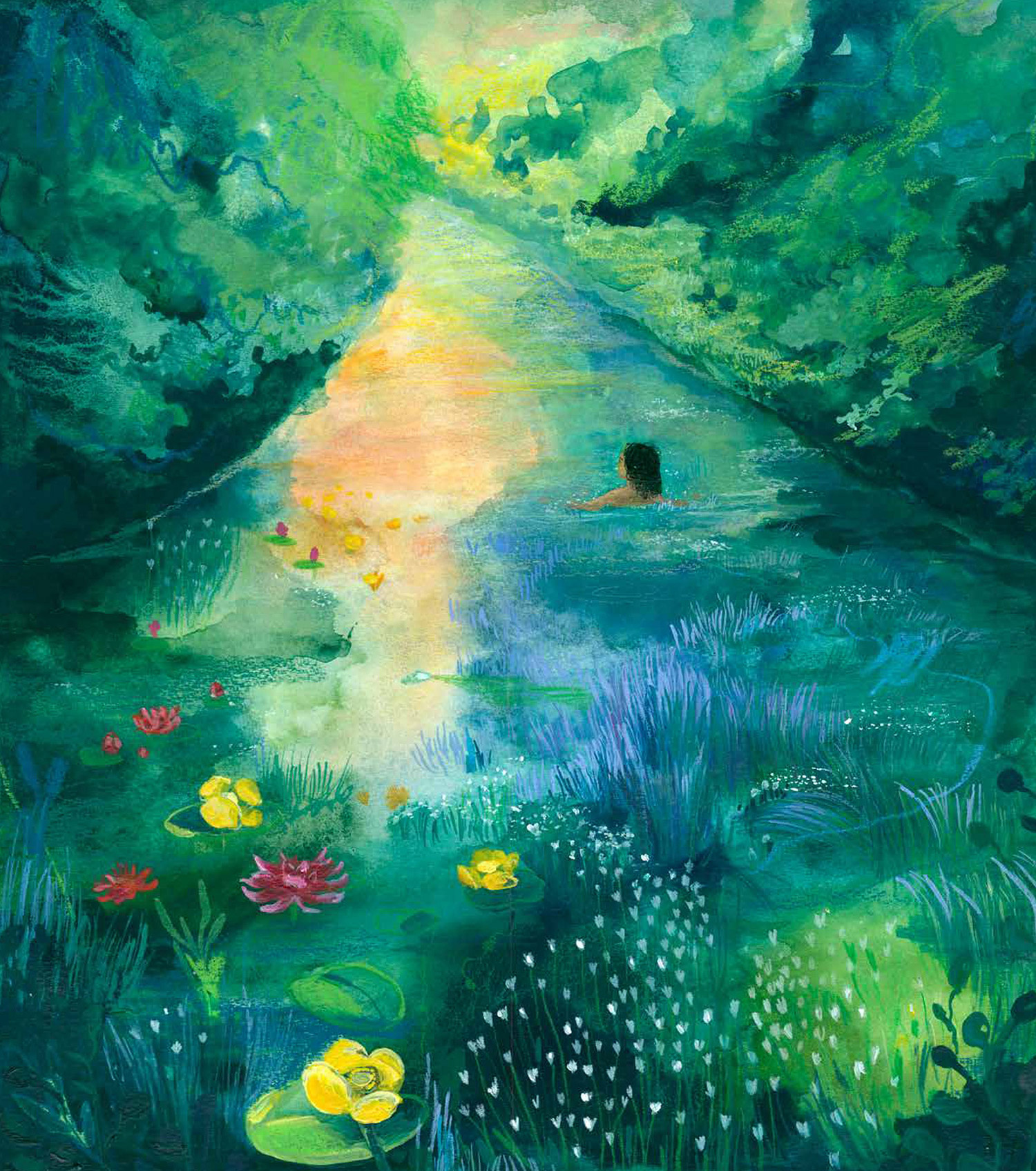 August
Hannah Arnesen
– I’m passionate about creating emotions in the viewer. I work in illustration, storytelling and moving images. I often use materials such as watercolor and acrylic. Right now I'm working on a picture book for adults. 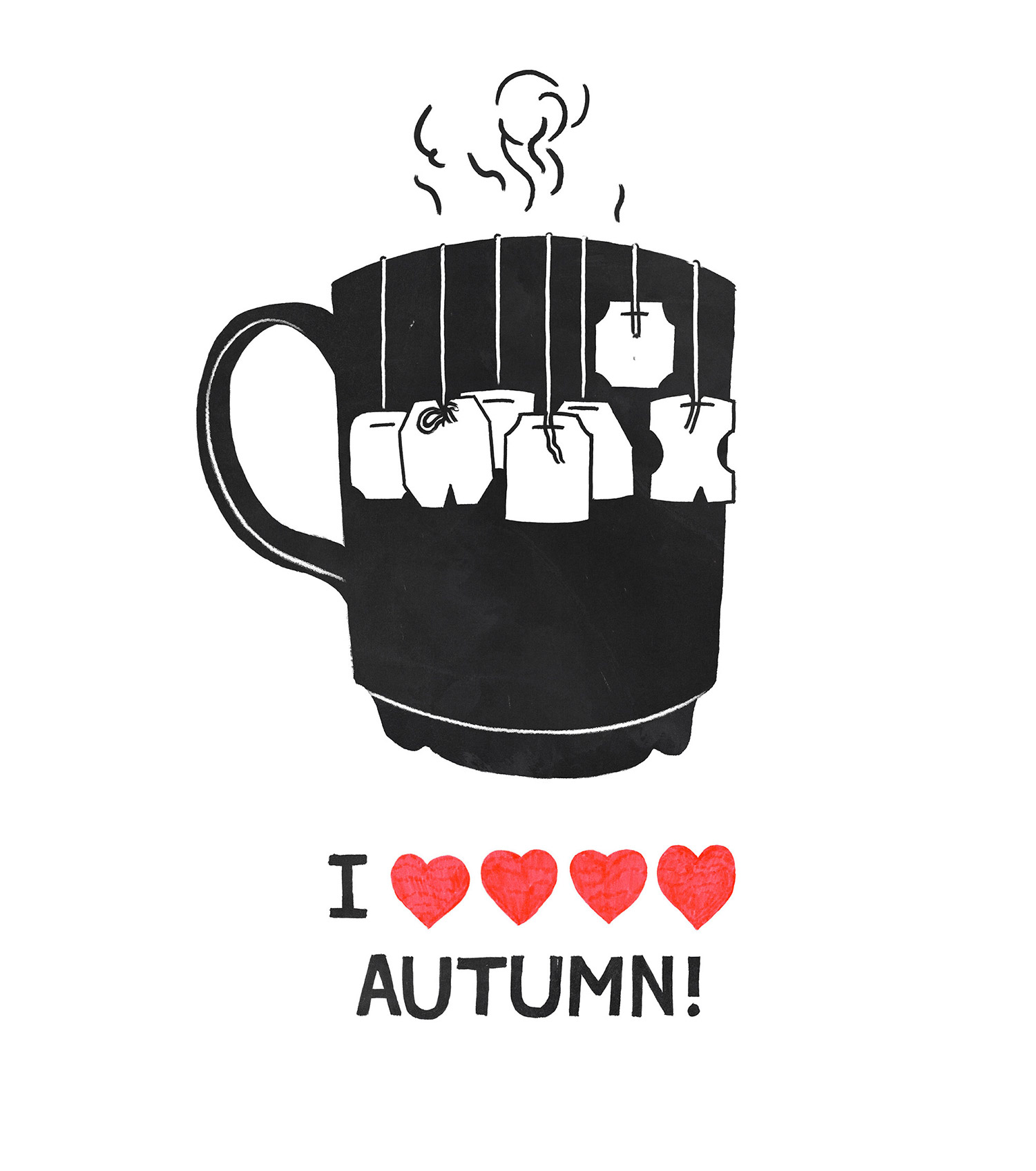 September
Henrik Franklin
– I'm a cartoonist, graphic designer and an animator located in Gothenburg, Sweden. I took my masters degree in 2014 at Konstfack, and has since been featured in publications such as The New York Times, Galago, Imago Mundi and Magasinet Arena while being featured in several international exhibitions. My work consists of micro narratives in words and images, where the idea is to create a story through as few elements as possible, often in the form of different objects that in some way contain text elements. 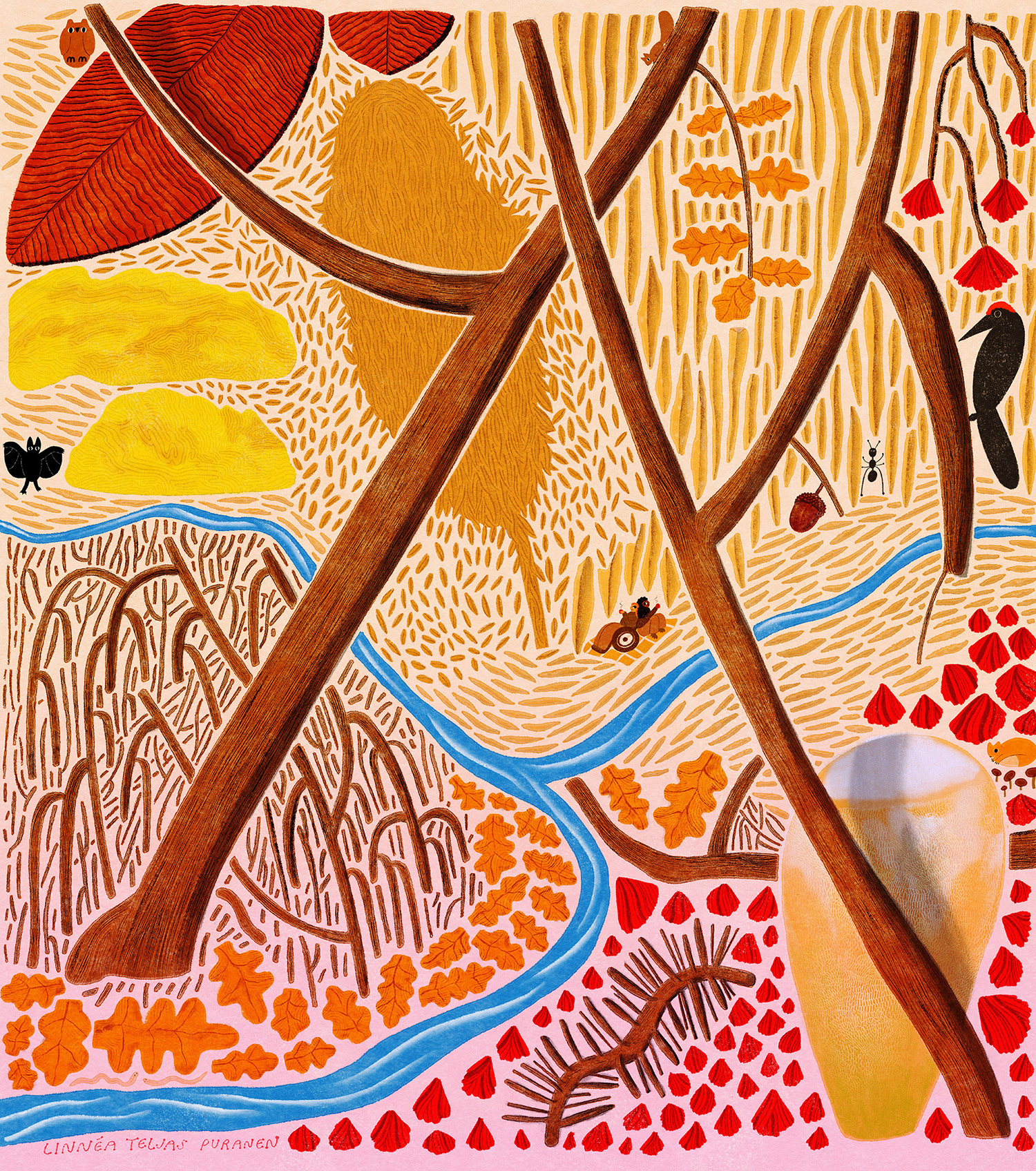 October
Linnéa Teljas Puranen
– I'm an illustrator, animator and artist based in Stockholm. I chose the month October, because I love the colors of autumn and all the stories happening in the forest – squirrels collecting acorns, dry leaves flying in the wind, birds chirping, bugs being busy and woodpeckers drumming on trees. 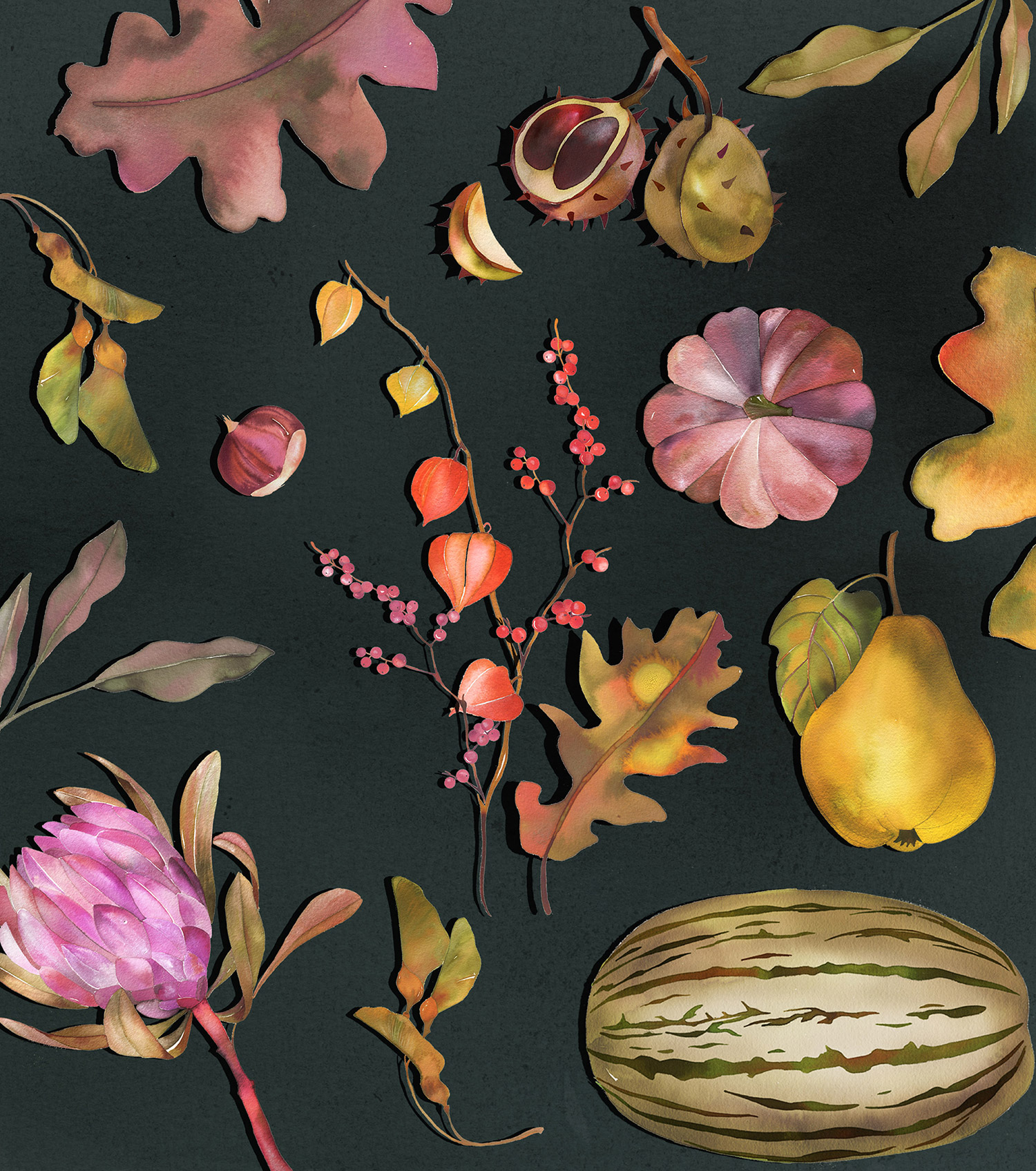 November
Veronica Ballart Lilja
– I'm based in New York and mostly work with watercolors. We usually associate November with a grey and dark month. So for the November illustration, I wanted to capture the beauty of nature and things that represent November in a colorful way. 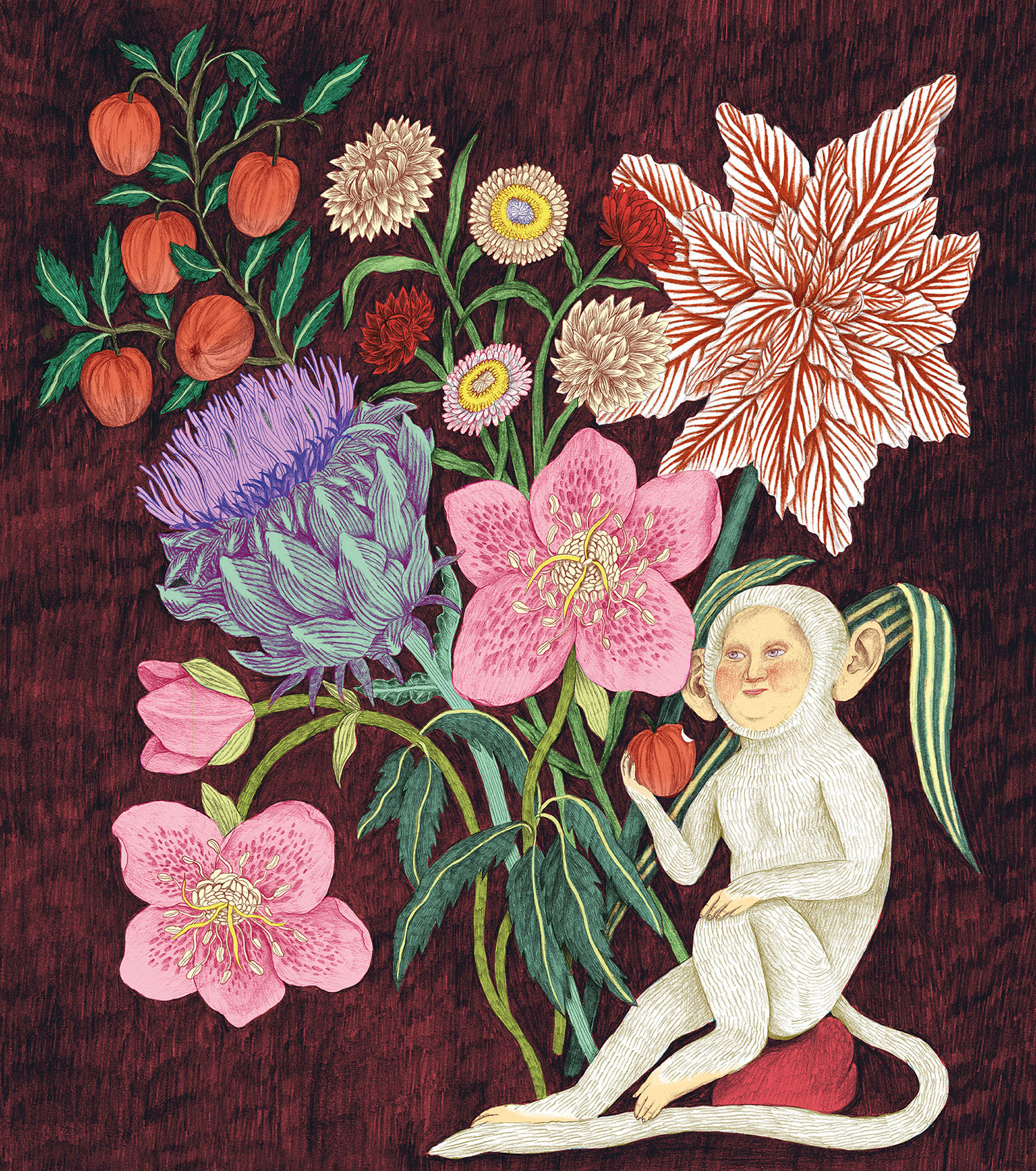 December
Klara Bartilsson
– I'm giving you an extraordinary Christmas bouquet to lighten up the dark days of December. Along with it comes a silky monkey who will sing all of your favourite songs.